The largest pressure pipe ever used in North America will be connected to a new tertiary wastewater treatment plant in the town of Esquimalt on Vancouver Island, British Columbia.

When it opens in fall 2020, the facility will take the water from 413,000 people washing dishes, doing laundry and flushing the toilet and put it through an extra level of filtering to remove inorganic compounds, such as nitrogen and phosphorous, as well as pharmaceuticals, hormones, microplastics and other contaminants.

The massive pipe, which is made of high density polyethylene and has an outer diameter of 7½ feet, will serve as the outfall for wastewater treated three times before it is discharged into Victoria Harbor. The pipe was manufactured by Agru America Inc. at its “XXL” facility in Charleston, S.C., for extruding products with diameters of 65 inches to 128 inches.

“Before Agru built this facility in 2017, a domestic manufacturer for HDPE pipe larger than 65 inches OD [outer diameter]did not exist. These sizes are now available and this project demonstrates that it is possible and it works, which are great steps for plastics,” Melissa Grace, vice president of Agruline, said in an email.

Agruline is a product group of HDPE pipes, fittings, valves and components made of PE 100-RC.

The gigantic outfall pipe in Esquimalt extends about 1.2 miles from the shore and was sunk to a depth of 197 feet using a series of weights. The pipe sections were joined by butt fusion, which is another feat for the project. This is the largest solid-wall HDPE pressure pipe to be butt-fusion welded, according to Grace.

The wastewater treatment plant and outfall system are part of a $775 million project undertaken by 13 communities to protect and maintain local waterways for the next 50 years. Wastewater will undergo primary treatment to separate out solids followed by secondary treatment to remove suspended organic compounds and then tertiary treatment to physically reduce any remaining contaminants down to 5 microns, which is the size of a human red blood cell, with a fabric disc filter.

The outfall part of the project originally called for 70-inch steel pipes but was bumped up to 89 inches to meet high-volume needs. Still, concerns about corrosion and expensive maintenance lingered. The project engineers turned to Agru for a suitable material. 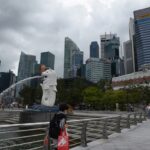 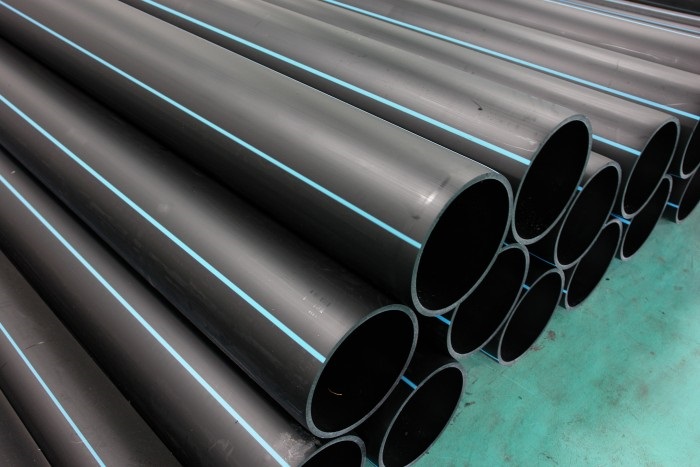 Factors to consider when looking for HDPE pipes and fittings 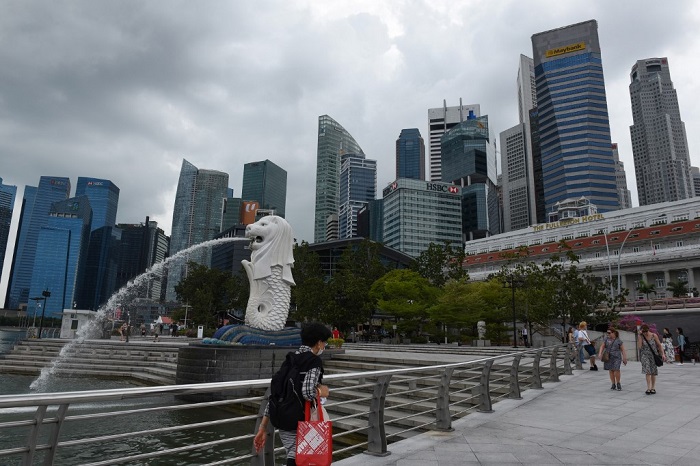 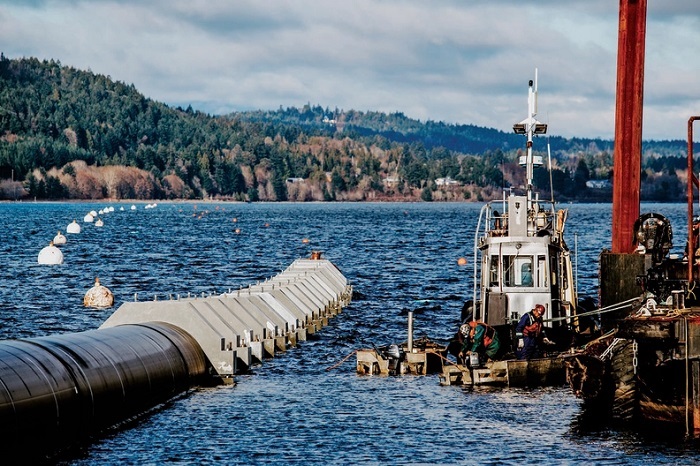